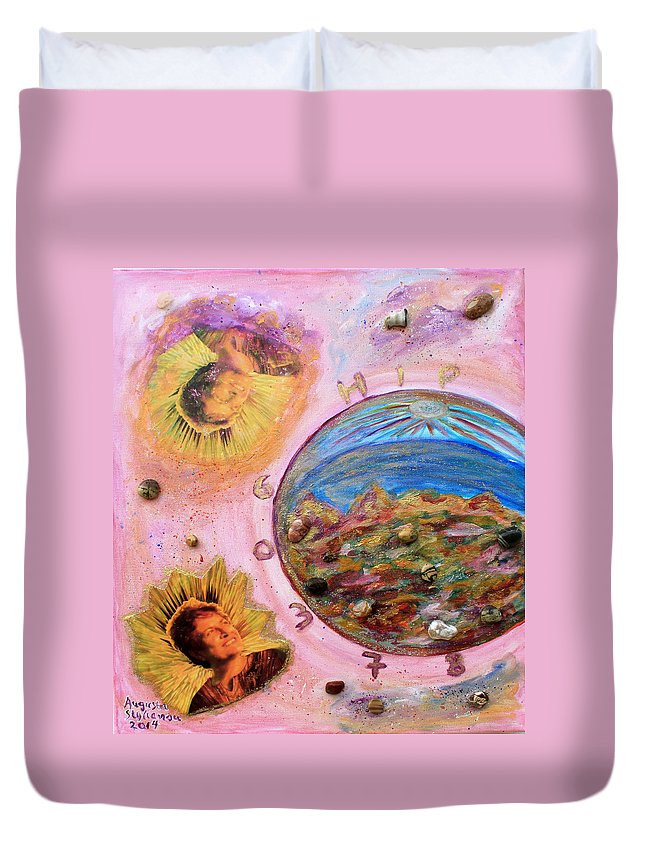 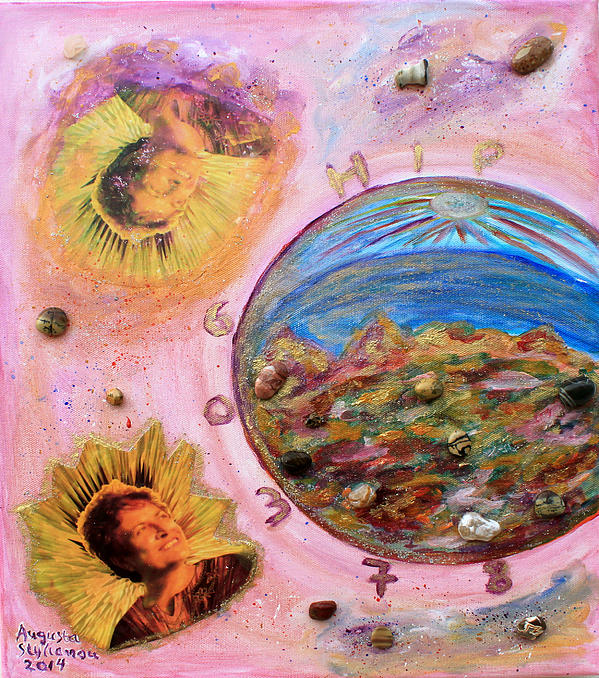 Queen duvet cover (88" x 88") featuring the image "Order Your Birth Star" by Augusta Stylianou. Our soft microfiber duvet covers are hand sewn and include a hidden zipper for easy washing and assembly. Your selected image is printed on the top surface with a soft white surface underneath. All duvet covers are machine washable with cold water and a mild detergent.

You can order your Birth Star Painting according to astronomical cataloque.... more

You can order your Birth Star Painting according to astronomical cataloque. This is an artistic interpretation of my birth Star HIP 60378 (Hipparchus Catalogue), 526.06 light-years from Earth, that according to Astronomical charts was in the Constellation of Virgo and rose in the horizon of Limassol at the hour of birth of the Artist Augusta Stylianou. You can order your Birth Star Painting according to astronomical cataloque. Your star will be different and according to your time of birth, and it will be so unique as you. The pebbles are from Aphrodite's birth place and they are very beautiful and worldwide unique. The exceptionally beautiful pebbles with the small world on them resemble with Planets and Stars. Ordering your own Star painting, you will have a Painting so Unique as You. Thirteen billion years ago, a vacuum fluctuation formed the matter of stars. The stars produced the material of planets, asteroids, stones, pebbles.... Pebbles are indirect products of Stella...